Ozone gas is popular gas in our atmospheric environment, with light blue color and a special taste similar to the fishy smell. If there is a disinfectant cabinet at home, you may be impressed with the smell when you open the cupboard, indeed, that is the taste of ozone. In terms of function, ozone can shield ultraviolet ray. If there is no ozone in the atmosphere, many creatures on earth will meet with extinction because of strong UV.

Generally, low concentration ozone do not hurt human body, but this kind of strong oxidants with strong irritant will hurt human body in case of high concentration, such as: strong stimulation of human respiratory tract, resulting in sore throat, chest tightness cough, or causing bronchitis and emphysema; causing nerve poisoning, dizziness, headache, decreased vision, memory loss; destruction of vitamin E in human skin, causing human skin wrinkles, dark spots; Function, inducing lymphocyte chromosomal lesions, accelerated aging, resulting in neonatal malformations or abortion. Of course, these conditions can only occur when one stays in bad ozone environmental for a long time, but unfortunately, we are now in such bad environment!

In such hot summer, with rising temperature, we can find a strange phenomenon: It shows to be a good day and blue sky, but our mobile phone APP shows that it is polluted weather. Analyzing monitoring data, the original "invisible killer" PM2.5 has been replaced by ozone and become Beijing's primary air pollutants. It is understood that China's overall environmental air quality has been improved, but the proportion of major pollutants have undergone some changes, ozone pollution is gradually highlighted, and in some areas, it even replaces PM2.5 and becomes the primary pollutant. 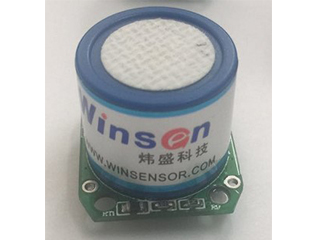 ZE14-O3 electrochemical ozone sensor module is a versatile, miniaturized module. It adopts electrochemical principle and detect the presence of ozone in the air, with good selectivity and stability. Built-in temperature sensor, it can be temperature-compensated; it also has digital output and analog output, which is much too easy for usage. ZE14-O3 integrates mature electrochemical detection technology and sophisticated circuit design, and becomes an universal O3 gas module.