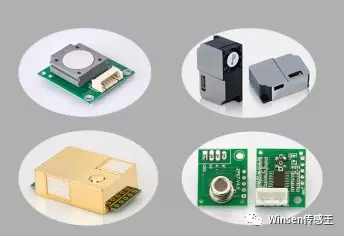 It is reported that the sensor system can provide high spatial and temporal resolution of air quality data, monitoring frequency up to minute level, the spatial density of the street level, through the image of the sensor monitoring point of pollutant concentration changes, combined with wind speed, wind direction data analysis , Thus calibrating the hot zone and the potential emission area.
Relevant person in charge said that during the pilot project in Taoyuan, the sensor monitoring point every 3 minutes to produce a monitoring frequency, inspection brigade in accordance with the data, two months to check six factories, seized 6 violations, of which three involved criminal responsibility Transfer law office, a substantial increase in the efficiency of the audit.
In addition, the press conference also demonstrated a micro-air quality sensor for monitoring air quality. According to reports, this sensor, compared to the traditional sensor device is small, can be installed on the street lamp poles, but also improve the density of cloth points, in order to achieve more accurate positioning. In addition, unmanned aerial vehicles, hand-held energy spectrometer, etc., will also help inspectors to improve the inspection efforts.
It is reported that the next four years, Taiwan will set up 10,200 sensors, focusing on monitoring the factory-intensive areas, adjacent to large-scale pollution sources of large communities, traffic and 20 km within the area without standard monitoring stations. Hardware equipment into the budget of about NT $ 200 million.