What's your Lead Time of delivery?

Winsen will recommend the most appropriate way of transportation (express, air, sea, train, etc.) according to customer's requirement on cost and time.

Now only Paypal is acceptable for online orders.

MOQ is different depending on product models. Please contact Winsen sales for details.

Do you accept Customized Products?

Customer LOGO and packing design are acceptable.
Customized design and function will be provided without extra charge (including molding fee).

Do you accept Sample Order?

Sample order is acceptable and the fees will be borne by buyer.

What's your Quality Control and Inspection process for outgoing?

All Winsen products go through strict inspections and tests to make sure they are 100% qualified before shipping out.

ARE YOU LOOKING FOR SENSOR

Not sure which sensor is right?

Keeping low CO2 level is important for human health, which not only means that the current environment has sufficient fresh air, but also greatly reduce the risk of building syndrome. Winsen CO2 sensor meets RESET standard, which is widely used in control panels or thermostats for HVAC systems. 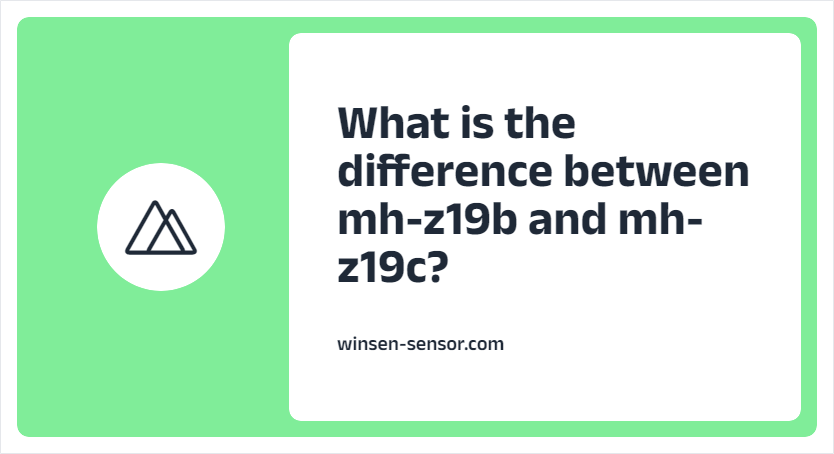 Generally an LPG sensor works like a combustable gas sensor in that it is sensitive to not just LPG but other flamable gases as well. (Natural, Methane, Coal gas, butane etc...) It works by comparing a change in resistance between two heated elements. One heated element is a reference that is isolated from the sample gas. The other element is identical except that it is exposed to the sample.

Catalytic oxidation of the target gas contained in the sample causes an increase in heat and a corresponding change in resistance. The two heated resistive elements are part of a balanced wheatstone bridge. The changes in resistance between these cause an imbalance in resistance and a change in current flow in the bridge that can be measured as a voltage.

The voltage can then be measured by an ADC and computed into a ppm value by a microcontroller for display.

4- The differences between MQ series and MP series

5- How long is the expected life of MQ series?

Under normal conditions, the expected life of MQ series sensors is more than 10 years.
The actual lifespan depends on the application environment and the using methods.

6- How long is the expected life of MP series?

Under normal conditions, the expected life of MP series sensors is more than 5 years.
The actual lifespan depends on the application environment and the using methods.